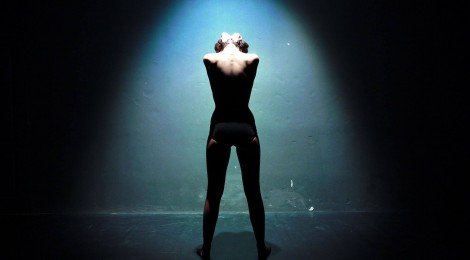 Simona Deaconescu, choreographer and director, coordinated a one month laboratory introducing the practical and theoretical basis of dance film. The workshop is part of the I.D.M.P.A. (Innovatory Directions into Multimedia and Performing Arts ) initiative, an integrated part of GROWASP, a programme of professional training in the field of Contemporary Performative Arts, launched by WASP this spring. Part of the participants continued the series of encounters with Simona Deaconescu, being involved in an intensive coaching organized within the ”Foreign Bodies” project, which had as result 13 short dance films.

Body and space were discussed and also the relationship between the movement of the camera and dance, the aesthetics, the artistic directions, perspective and angles. They viewed and analyzed dance films or shows adapted to film, looking for understanding the performative borders and the specifics of cinematography. They understood and discussed the differences between dance film categories, hoping that each participant would find his own way. During the extended meetings, each participant was guided to look within himself and about himself, to find subjects that matter and affect him or her, thoughts that are following him and emotions that can be hardly expressed with words.

The diversity of the group’s previous experiences had influenced the work direction, bringing up an urban atmosphere, sensibility, fragility, and the attention for detail and perspective. Having a background in: dance, film, photography, fine arts, acting, social sciences, and communication, the participants found common values that they shared, they helped each other during the filming exercises, they formed creation and feedback teams. They have been offered a bibliography, that they read with interest and a video library holding dance films from international festivals of the last years.