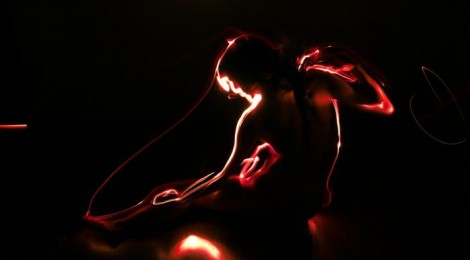 The creative process, currently in an incipient state, will produce The Praise of Imperfection (work in progress title), an incursion into the profound layers of the body, of emotions and of releasing the body through different practices: from body, to script, to video image and drawing.

For 10 years Valentina de Piante researchs in the field of somatic, where there are eviscerated the deep layers of the body; here the body manifests a specific knowledge, where the mind fusions with the body, and the movement patterns are actually the reflection of mental and emotional patterns. Experiencing how the motion study becomes a ritual of releasing the mind and the self, the research wants to reach the invisible layers of emotions and personality.

Following the logic of sensation (G. Deleuze), the simultaneity of unconscious functions and intentions of the body, she will look for a connection between the studies on personality and on levels of consciousness and the body of the performers. The Bainbridge – Cohen postulate, for whom, in the future, the body will travel through the mind space, will be the center of attention for an interdisciplinary team: Ovidiu Brazdau, a psychologist that studies the levels of awareness, from embodied awareness to cognitive awareness, and Radu Dop, a neurologist that considers the circumferential perception an important practice for stimulating the learning capacity and the evolution of the whole person. The team will be completed by a group formed of young performers and a visual artist. The young dancers and performers will be selected through an audition that will take place at WASP, in partnership with 4 Culture Association and WASP Studios.

The stake is to observe if a deep body awareness feeds a broader change of the whole personality, thanks to the collaboration with the university lecturer dr. Ovidiu Brazdau. For eight weeks we will explore, document and perform the body awareness practices that affect mind and emotions.

Syntetising the CQ PROJECT, The Praise for Imperfection is based on three innovatory concepts:

2. Extending the concept of mind and the study of different forms of awareness

3. Stimulating the motric, cognitive and relational creativity of the whole being accessing structures and functions of the body

4. The study of action, being a trigger of self consciousness.

Activity organized within Foreign Bodies, a project financed through a  Grant offered by Norway, Island, Liechtenstein and the Romanian Government, within the  program for Promoting the diversity in culture and art within the European Cultural Patrimony.