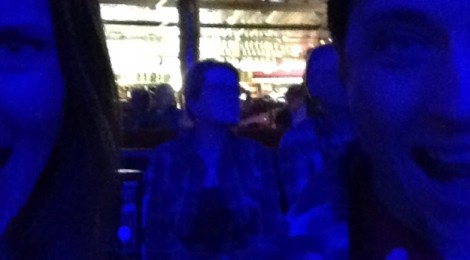 DATES: 25th – 27th August TIME: 12:00 – 14:00 WHERE: Reykjavík Dance Atelier, Skúlagata 28, 101 Reykjavík Dancing/Talking/Hoping proposes a systematic method to think about the doings of life through the practice of the dancer. Insisting on embodying the approach of the dancer we create a know-how that is inseparable from the particularity of the practice. Our exploration departs from the dancer dancing, makes a pit stop with the dancer talking, and arrives to the dancer hoping, all the while insisting on the abundant potential of Dancing/Talking/Hoping to theorize itself. 25th August, 12-14: Dancing is… Stina and Zoë propose one hour of dancing. It is a time where the actual doing, the dancing, theorizes and defines itself. We say no to choreography, to performing and to training. 26th August, 12-14: Talking is… Stina and Zoë propose one hour of talking. It is a time where the actual doing, the talking, theorizes and defines itself. We say yes to the training of talking, the performance of the panel talk and the choreography of the conversation. 27th August, 12-14: Hoping is… Stina and Zoë propose one hour of hoping. It is a time where we turn to hoping as a practice of utopian imagination. We say no to fear, self-preservation and anxiety. “…the project of hope must struggle against both the resentment of what has come to be and the fear of what might replace it, not because the future is settled – on the contrary, it could be a catastrophe – but because a different and better world remains a possibility.” (Kathi Weeks “The Problem with Work”) Organised in the frame of ”Foreign Bodies”, a project supported by a grant from Norway, Iceland, Liechtenstein and the Romanian Government, in the frame of the ”Promotion of Diversity in Culture and Arts within European Cultural Heritage” Programme developed with the support of EEA Grants and Romanian Government. The project was also made with support of The Swedish Arts Grants Committee.